The Sections of Article 40.: 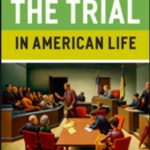 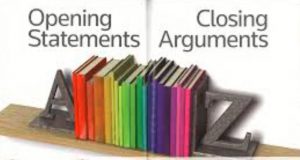 A court may appoint a referee to determine an issue, perform an act, or inquire and report in any case where this power was heretofore exercised and as may be hereafter authorized by law.

The court may determine the sequence in which the issues shall be tried and otherwise regulate the conduct of the trial in order to achieve a speedy and unprejudiced disposition of the matters at issue in a setting of proper decorum.

The party who has filed the note of issue shall furnish the judge who is to preside at the trial with copies of each pleading, where they have not been superseded by the pre-trial order, plainly marked to indicate which statements are admitted and which controverted by the responsive pleading.

Upon stipulation of the parties, the judge who is to preside at the trial of an issue may direct trial in whole or in part at a specified place other than the courthouse.

Notwithstanding the expiration of the term at which it was commenced, a trial shall continue until it is completed.

A motion for trial by a referee or an advisory jury shall be made within twenty days after note of issue is filed, except where the issue to be tried arises on a motion or pursuant to a judgment.

(b) In any action to recover damages for personal injuries or wrongful death, the attorney for a party shall be permitted to make reference, during closing statement, to a specific dollar amount that the attorney believes to be appropriate compensation for any element of damage that is sought to be recovered in the action.  In the event that an attorney makes such a reference in an action being tried by a jury, the court shall, upon the request of any party, during the court’s instructions to the jury at the conclusion of all closing statements, instruct the jury that:

Formal exceptions to rulings of the court are unnecessary. At the time a ruling or order of the court is requested or made a party shall make known the action which he requests the court to take or, if he has not already indicated it, his objection to the action of the court.  Failure to so make known objections, as prescribed in this section or in section 4110-b  may restrict review upon appeal in accordance with paragraphs three and four of subdivision (a) of section 5501.

Where increased damages are granted by statute, the decision, report or verdict shall specify the sum awarded as single damages, and judgment shall be entered for the increased amount.

(a) A court shall not conduct an in camera interview of an infant in any action or proceeding to fix temporary or permanent custody or to modify judgments and orders of custody concerning marital separation, divorce, annulment of marriage and dissolution of marriage unless a stenographic record of such interview is made.